Welcome to the Cambridgeshire Rowing Association

The association is the umbrella organisation for all local affiliated rowing Clubs in the county of Cambridgeshire. It looks after the interests of the local rowing community as well as providing facilities and events for them.

On this site you will find links to websites for the affiliated clubs for the Cambridgeshire Rowing Association, news from local rowing clubs, and infomation and links to details of local rowing events.

Unfortunately, due to the present Covid-19 restrictions, numbers at the funeral must be restricted to 30.

The funeral will be on Thursday 22nd October at St Mary’s Church, Great Shelford at 10.30 am followed by burial at Shelford Cemetery.  A Memorial Service will be arranged in due course. 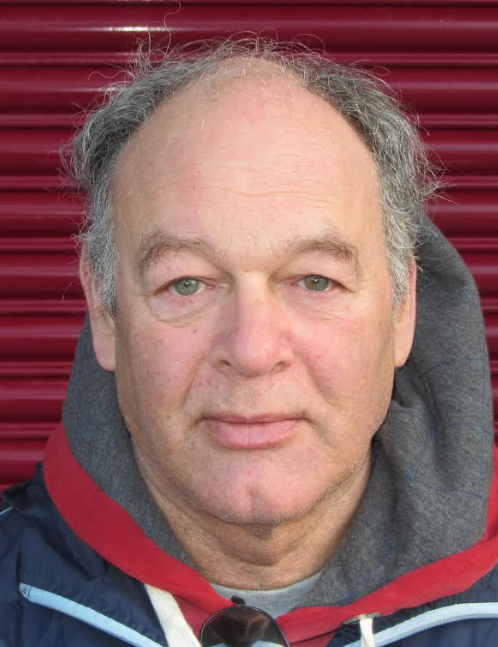 It is with a heavy heart that I pass on the very sad news that Andy Johnson died on Wednesday 7th October after a very long illness which he combatted with great fortitude.  Andy has done so much for local rowing over very many years.  He was heavily involved in the building of the two CRA boathouses which now house over 100 boats.

The Cantabrigian Rowing Club have much to thank him for. It was his decision to buy and develop their boathouse site but not with standing this he would have still been considered one of the most important members in the club’s history. His enormous  knowledge of rowing was applied to his coaching of Cantabs crews over many years. As a result they retained the headship in the Town Bumps over a long period and also had considerable success at Henley and other provincial regattas.

He was a Vice President of the CRA and also of the Cantabrigians who bestowed Honary Life Membership in 2010.  Although he was also Cantabs Club Captain for a number of years and Chair of their Rowing Committee it was his enthusiasm to get things done more than holding official positions that drove him on.  He was also an executive of British Rowing for some while and was able pass on much of his useful knowledge which included land acquisition and management.  Despite all these responsibilities he still found time to keep up his passion for sailing and he also to coach Clare College Boat Club crews.

For my part he has been a great friend for a long time particularly as I had rowed with him for 30 years as members of the Cambridge Veterans and we also worked on a number of rowing projects together.

I’m sure we will all miss the discussions we often had with him on numerous topics most of which  he would have his own very strong views.

I would like to pass on my condolences to Debbie and family who have made his last few months so tolerable.

Andy, you will be sadly missed by all of us.

Bear in mind that the width of an eight with oars is 7 metres so take care as only one crew will be able to pass through the restricted channel at a time.

“Dolphins” is a fancy name for fenders!

As you are aware the works to install the new cycle bridge at Chesterton are ongoing. The Conservancy and the County Council have worked hard to ensure that there has been minimal disruption to the navigation of vessels on the river. It was agreed that any significant disruption to the navigation would occur outside of term time, as it was agreed by all parties that rowing, in particular, would be most at risk from restrictions at the new bridge location. As part of the program of works, the County Council need to install Dolphins upstream and downstream of the new jetty to help protect it and vessels from coming into contact.

The County Council have requested that they be allowed to install the Dolphins within term time if at all possible. They have provided provisional dates for starting works on the 19th or the 26th of October with an anticipated duration of 6 working days (Monday to Friday excluding weekends). To carry out the works the contractor requires the use of a floating pontoon which will take up approximately half of the available width of the river at the bridge site, leaving at all times a minimum of 12 meters of open navigation. It is envisaged that the pontoon will remain in situ for the duration of the works Monday to Friday, being stored at the Pike and Eel over the weekend and being brought back into position to complete the works the following Monday.

Please note that the roller-doors to the most upstream bay of the old CRA boathouse are currently (20 August) not working.  Urgent replacement of these has been arranged by the CRA committee, and approved by the trustees, and new electrically-powered shutter-doors will be fitted.  No details of the timescale for the work to be completed are yet available, but it will be completed as soon as practically possible.  In the meantime, any boats stored in the upstream bay of old CRA (principally sculling-boats, tub and IVs) will not be available for use, unless your club has made alternative racking arrangements pro-tem.

The timetable for the work on the new-bridge jetty has been updated.  Work to install the jetty carrying the cyclepath on the Ditton side will occur btween 15 and 26 August, according to the timetable to be found here:  https://www.greatercambridge.org.uk/transport/transport-projects/chisholm-trail   Note that the river (and occasionally the towpath) will be closed to boats and people for several periods within this timeframe - please check before planning outings and/or coaching

NOTE: the installation of the actual bridge will now be delayed until LATE OCTOBER (likely 24-25-26 Oct) - the bridge is heavy enough to require one of the largest cranes in the UK to lift it into position, and someone in the project apparently forgot to book it.

Between 20 July and 16 August (with a possible additional 5-day contingency, and a possible extra 3-day delay, meaning 24 August), the main installation work for the new cycle-bridge next to the railway bridge will be executed.  There will be various river-closures during this period (variously daytime 8am-6pm and night-time 6pm-8am), and some closures of Fen Road.  All the details of these can be found here:  https://content.govdelivery.com/accounts/UKGCP/bulletins/2959e8d , together with information on the planned opening-dates for the new jetty and bridge, and contact details for the liason managers.   Please take note of the intended closure-dates and plan accordingly.

The object of the Cambridgeshire Rowing Association is the promotion of community participation in healthy recreation, in particular by the provision of facilities for participants in the sport of rowing by assisting in the organisation of local affiliated rowing clubs in the county of Cambridgeshire and managing the interests of the local rowing community providing information and the organisation of events.

There is no place for racism in rowing.  The Association has been in existence for over 150 years and during that time each of the individual clubs have opened their membership to all, regardless of race, creed or gender.   None of the constituent clubs will tolerate discrimination of any kind towards members.  If the CRA learns of such discrimination, it will immediately take serious issue with those responsible and would expect the unhesitating support of their club, and of all the other constituent clubs in doing so.  At present, we are not aware of any such.

Whilst we do not consider the organisation of protest events to be within the purview of the CRA, we wish to express our sympathy with and support for victims of discrimination everywhere

On 22 May, the CRA official guidance on using the CRA boathouses changed in line with government and British Rowing advice..  Subject to the conditions below, the CRA boathouses will open again for use on Thursday 28th May, following a preparatory deep-clean.  Use of boats must follow your club's own rules on boating.  Please read the advice below.

All users please note that you use the boathouses at your own risk, and that your use puts others at risk

Those using the CRA boathouses must comply with the following rules

ACT AS IF YOU HAVE THE VIRUS

ACT AS IF ANYONE YOU MEET HAS THE VIRUS

NOTE: There may be sanitiser, wipes, and paper towels available in the CRA but there will not be anyone ‘on duty’ to clean or sanitise the building or the equipment or able to check the availability of sanitising materials at all times

If anyone is spotted disregarding these safety rules, the boathouses will be closed again for at least a week to allow for decontamination, in the interests of the safety of all users. ACCESS TO THE CRA BOATHOUSES MAY BE REVOKED AT ANY TIME WITHOUT NOTICE

CONTACTS IN EVENT OF A PROBLEM OR CONCERN:

Please note that the doors of both the CRA Boathouses are in effect closed and that no rowing craft including small boats can be taken onto the water.
If you own a sculling boat and are not a member of a local club or British Rowing this also includes you.
The official British Rowing line is:  "We have updated our FAQs on coronavirus and single sculling to be absolutely clear that all rowing activity including single sculling should cease for the time being"
For advice on COVID-19 and how to avoid it, please see https://www.nhs.uk/conditions/coronavirus-covid-19/

On Tuesday 2 February a meeting was held between representatives of the Cambridgeshire Rowing Association, Cambridge University Combined Rowing Clubs, the River Manager, The Queen's Swan Marker (David Barber) and Natural England to discuss in particular the welfare of swans and their cygnets during the University and Town Bumping Races.

It was a most useful meeting and recommneded measures will be taken to protect swans and their cygnets during bumping races. Guidelines for rowing clubs on the protection of wildlife on the river have been issued.